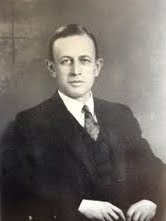 Mr. Hunt served for 35 years from 1922-1970, as Burlington’s Superintendent of Schools, and was in this position the longer than any other superintendent in Vermont.  In 1965, he was Essex’s representative who helped develop legislation.  In his efforts to advance education, both locally and in the region, he displayed integrity, good judgement, patience, tact, and perseverance: yet remained modest, quiet and unassuming.

After his death in 1970, the new junior high school in the New North End was named after Lyman C. Hunt and then was changed into a middle school in 1987.